IS THIS THE PILL WE HAVE ALL BEEN SEARCHING FOR?

We’re all searching for some miracle pill that allows us to eat what we want and not put on weight.  Well as I like to keep up to date with the latest trends in the health industry, it would seem that I have found something that just might be on those lines. 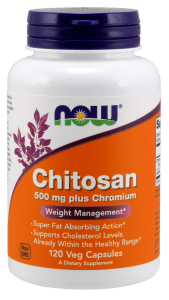 It’s called ‘Chitosan’ and it has been dubbed by many as ‘The FAT Magnet’.  I first came across Chitosan while flicking through a popular ‘Health & Fitness‘ magazine as I consumed my daily crispy cream doughnut all washed down with a nice cup of full-fat milk and three sugars.

According to this magazine, tests and studies have proved encouraging and it would seem that this miracle pill could actually live up to the claims its manufacturers were making.

You see the problem you have with supplements, is that they’re not government approved (like medicine has to be) so manufacturers can, and do, make unsubstantiated claims about their products (lies basically), in order to get you to buy them and NO ONE checks.

A great example of this is the popular public conception that a particular type of fruit juice is better for you than all the others when actually it’s just the same as all the other fruit juices out there, it’s just that the manufacturer decided to market their juice as the best and we all fell for it.

Another great example is the popular myth that we should all be drinking 7 glasses of water a day.  Guess who told us this… that’s right — the bottle water companies.

In fact, studies have proven that ANY fluid will do a sufficient job of hydrating you as most fluids contain water (even soup).

So back to Chitosan and I quote:

“According to some clinical studies, Chitosan is great for weight loss as it binds fat to molecules in the digestive tract, preventing the body from absorbing the fat. It also lowers the cholesterol in the blood, treat anaemia, and improve the person’s strength, the immune system, as well as the appetite and sleep. Also reported is that Chitosan can help treat tooth and gum infections and help tissue healing after plastic surgery”

In fact, all the research I have done on Chitosan says very similar things and to date, I can find nothing regarding possible side effects (other than possible allergies to it).

Some forms of Chitosan require you to take it 30 mins before eating, however, I have found one that you can actually take with your meal (although I would still take in in advance).

Does it actually work? Many studies claim it does although who knows for sure. I guess all you can really do is try it for yourself and see how you get on.

The only thing I would say is that it works by ‘binding with the fat cells in food’, however, as we all know, eat too much sugar and you will also get fat and Chitosan unfortunately, does nothing for sugar based snacks.

So, in conclusion, if your daily diet consists mainly of sugary based treats, save your money.

However, if you enjoy those Friday night Indian take-a-ways, pop a couple of Chitosan pills 30 mins before you sit down to eat and you may not have to spend sixty guilty mins on the treadmill the next morning….wouldn’t that be great!

P.S. – it’s not an excuse to stop your Martial Arts Training!